Sproule is pleased to congratulate two key members of the team with leadership appointments to the American Association Petroleum Geologists (AAPG) Canada Region and the Society of Petroleum Engineers (SPE). 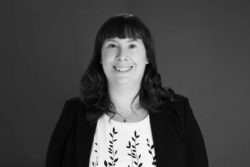 Maren Blair has been named AAPG Canada Region President. Maren’s term began in July 2017 and will continue to July 2019. Maren, a Professional Geologist, is a key member of our geoscience team with over 14 years of experience in geological evaluation of reserve and resource plays in the Western Canada Sedimentary Basin and Williston Basin of Canada. Maren has been a member of the AAPG since 2009 and has been actively involved with the AAPG Canada region House of Delegates since 2013. Maren formerly served as the Canada Region Vice President and Treasurer from 2015 – 2017. Maren is taking over from two-term President Francois C. Marechal.

The (AAPG) Canada region works to advance the science of geology, promote awareness of AAPG and AAPG Canada Region, and assists in developing the next generation of geoscientists and professional outreach within the community.  Help us congratulate Maren on her appointment. We look forward to watching great results from the region under her leadership. 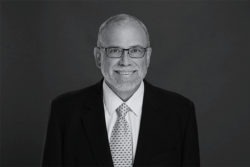 Sproule also wants to congratulate Attila Szabo in his appointment to the Society of Petroleum Engineers Oil and Gas Reserves Committee. Szabo’s three-year term will begin at the upcoming SPE-ATCE, October 9 – 11 in San Antonio, Texas. The function of the committee is charged with being responsible for programs dealing with oil and gas reserves matters, including reserves definitions and standards, the committee is then responsible for the dissemination, liaising, and monitoring information and activities to applicable global organizations. Attila’s experience is backed by Sproule’s global reserve certification expertise and will bring a wealth of experience to improving the reserves standard process.

Help us congratulate Attila on his appointment by stopping by booth 2852 at the upcoming SPE-ATCE, Oct 9-11.